Notice: This article is more than one year old and is part of the Henry Ford College news archive. Information in the article may be outdated. For the most current news and information about Henry Ford College, please visit hfcc.edu/news, or contact communications@hfcc.edu.
Release Date:
Wednesday, September 25, 2019 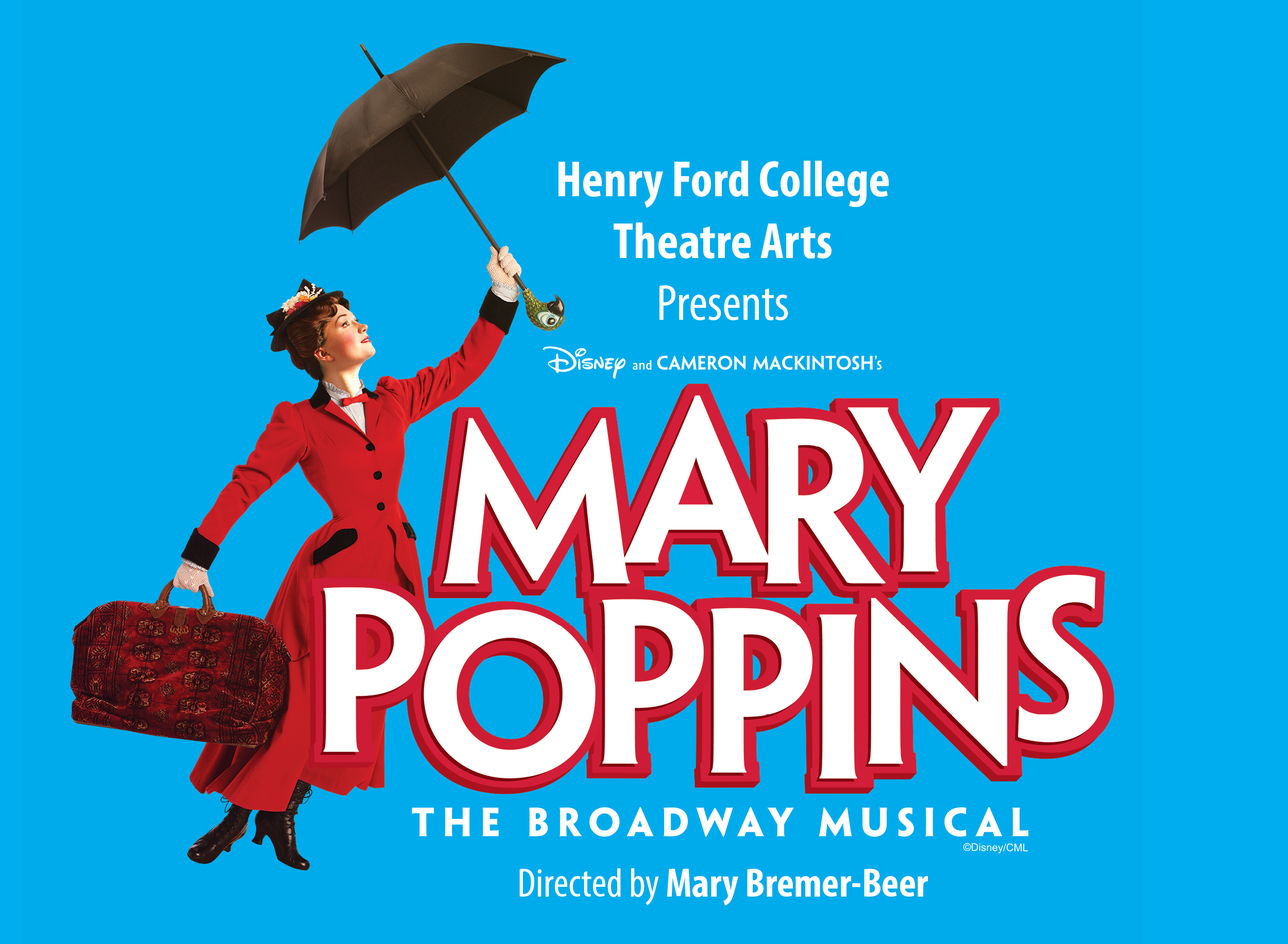 The HFC Theatre Arts department is joining forces with the City of Dearborn Recreation Department to present Mary Poppins: The Broadway Musical.

Based on the 1964 Disney musical classic starring Julie Andrews (in her first feature film role, for which she won an Oscar), the story adapts P.L. Travers’ series of children’s books. Mary Poppins is an English nanny with magical powers who can fly using her umbrella. She is charged with taking care of the rambunctious Banks children. Using a gentle yet firm hand, she takes them on several memorable, magical adventures. A sequel called Mary Poppins Returns was released in 2018, starring Golden Globe winner Emily Blunt in the titular role. The 2013 movie Saving Mr. Banks chronicled the relationship between Travers (Oscar winner Emma Thompson) and Walt Disney (Oscar winner Tom Hanks) and adapting her work into a movie.

“Even grownups can learn a lesson or two from this famous nanny,” said Bremer-Beer.

Dearborn resident Shauna Hazime, an HFC alumna, has the lead role as Mary Poppins. The Banks children will be played by Katherine Seeley, Margaret Carscadden, Callum Carscadden, and Cameron Runyon, all of whom are students in the Dearborn Public Schools. Matt Van Houten, an HFC alumnus, and Seth Grube, of Livonia, will alternate playing the role of Bert, Mary’s friend.

Bremer-Beer is working with musical director David Alexander and choreographer Valerie Mould. In fact, Mould, a native of England, is also working as the dialect coach for the cast.

“Valerie’s dialect work with the cast will make their performances feel that much more authentic,” said Bremer-Beer. “Mary Poppins is easily one of the most famous characters throughout children’s literature and on the big screen. It is a great pleasure for me to bring it to the stage at HFC.”

Tickets are $12 for general admission and $10 for senior citizens, students with valid ID, and HFC faculty/staff. Tickets for children ages 5-12 are $5. Children ages 4 and under are admitted for free. Order tickets online. For questions or more information about the play, contact Bremer-Beer at (586) 983-9484 or mfbremer-beer@hfcc.edu.