Notice: This article is more than one year old and is part of the Henry Ford College news archive. Information in the article may be outdated. For the most current news and information about Henry Ford College, please visit hfcc.edu/news, or contact communications@hfcc.edu.
Release Date:
Friday, January 18, 2019 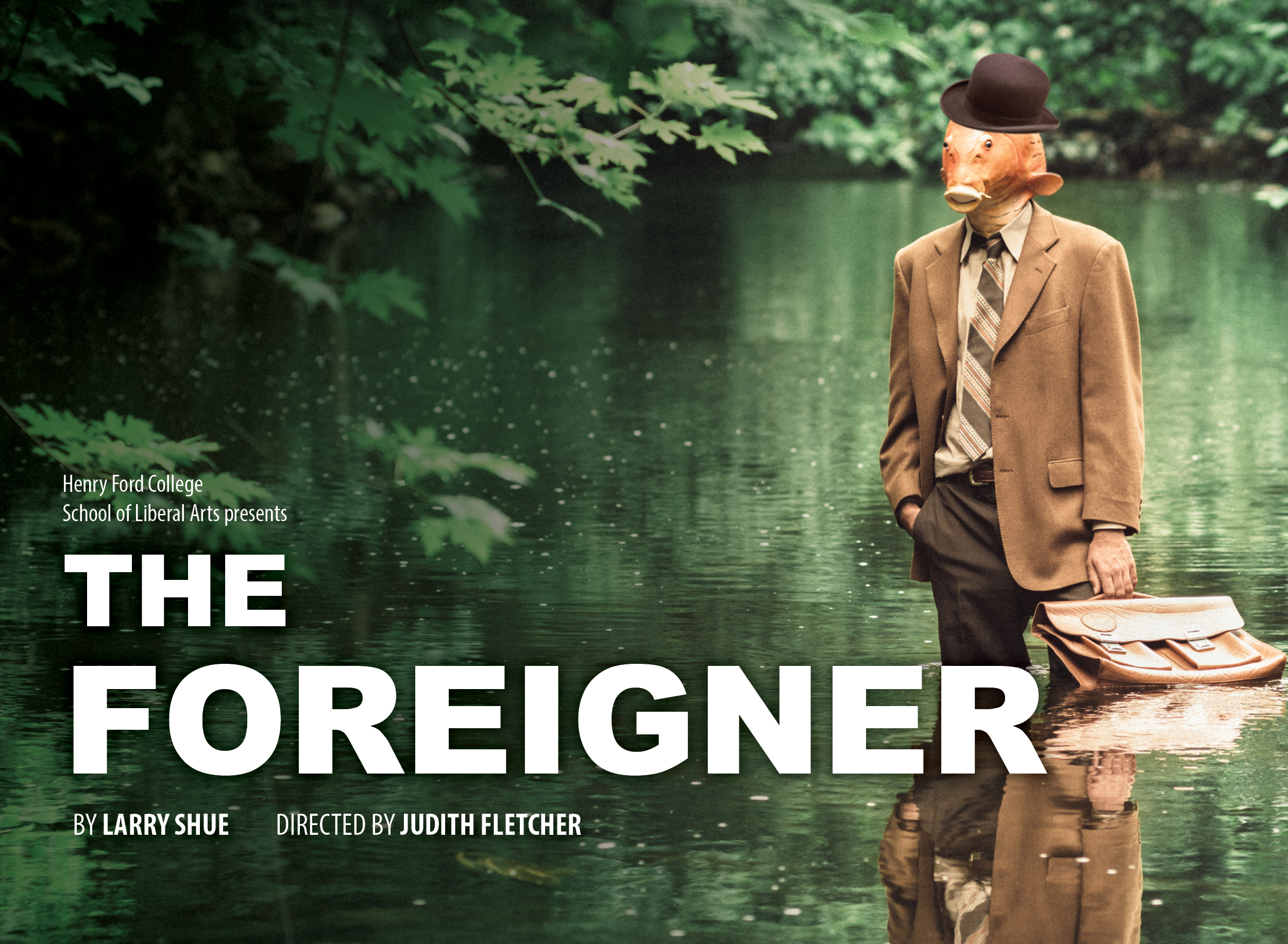 The Foreigner is a two-act comedy that occurs in a fishing lodge in rural Georgia where two Englishmen, Froggy and Charlie, are guests. The shy Charlie had agreed to accompany Froggy on the trip after his sick wife begged him to go. When people at the lodge try to talk to Charlie, he remains silent. He is terribly shy, morose, depressed about his wife’s illness, and cannot find the words to reply.

However, Froggy claims that Charlie cannot talk because he is a “foreigner” from an exotic country and does not understand English. Taking the explanation that he’s a non-English speaker as fact, the lodge’s other guests quickly begin revealing their secrets, unwittingly making Charlie their confidant. Soon thereafter, Charlie discovers scandals among the guests in this hilarious farce.

“The comedies of Larry Shue, though written years ago, have remained enduringly popular. The award-winning The Foreigner has been produced all over the country throughout the years,” said Fletcher.

Written in 1983, The Foreigner debuted Off-Broadway on Nov. 1, 1984. It earned two Obie Awards in 1985 for direction by 2-time Tony winner Jerry Zaks and performance by Michigan State University alumnus Anthony Heald (The Silence of the Lambs) as Charlie. It also earned two Outer Critics Circle awards as Best New American Play and Best Off-Broadway Production. It is frequently performed from high school to the professional level.

Fletcher is the costume designer as well as the director. Christopher Bremer is the technical director, Stephanie Baugher is the set designer, Baugher and Emily Willemse are the lighting technicians, Willemse and Amanda Bates are the sound technicians, and Bates is in charge of props.

“This comedy is silly and absurd, the characters are stereotypical and hilarious, but there is a serious exploration of racism and xenophobia that has a renewed relevance for our times,” said Fletcher. “It is a fantasy about good versus evil with good triumphant, filled with warmth and humor that I hope our audiences will find entertaining, funny, and ultimately, moving.”

Tickets range from $12 for HFC employees and any student with a valid photo ID to $15 for the general public. Tickets are available online at www.hfcc.edu/campus-life/theatre. Tickets may also be purchased at the box office the day of show. For questions or more information, contact Fletcher at jfletcher1@hfcc.edu.