Notice: This article is more than one year old and is part of the Henry Ford College news archive. Information in the article may be outdated. For the most current news and information about Henry Ford College, please visit hfcc.edu/news, or contact communications@hfcc.edu.
Release Date:
Tuesday, May 21, 2019 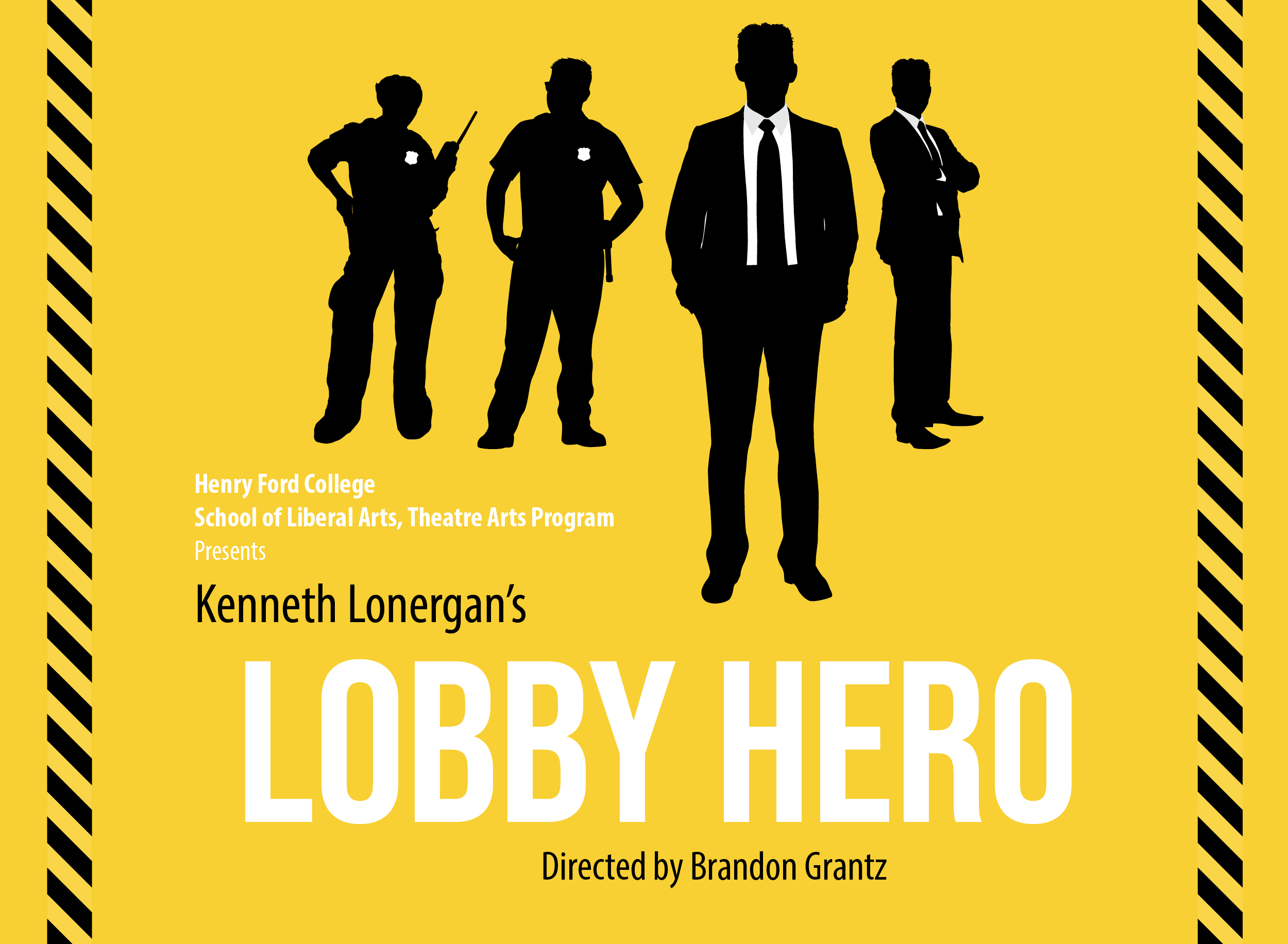 The plot of Lobby Hero follows Jeff, a down-on-his-luck security guard, who gets drawn into a murder investigation in Manhattan. As Jeff’s tightly-wound supervisor, William, is called to bear witness against his troubled brother, and an attractive female rookie cop named Dawn must stand up to her seasoned partner, Bill, loyalties are strained to the breaking point. Truth becomes elusive, and justice comes at a high price.

The cast of Lobby Hero stars the following HFC students:
• Jesse Mattox, of Inkster, as Jeff
• Carlos Snow, of Redford, as William
• Sasha Joelle Johnson, of Detroit, as Dawn
• Nate Wilhelm, of Woodhaven, as Bill

Lobby Hero premiered Off-Broadway in 2001. A revival opened on Broadway in 2018, starring Chris Evans (Avengers: Endgame), Michael Cera (Juno), Brian Tyree Henry (Spider-Man: Into the Spider-Verse), and Bel Powely (White Boy Rick). The play was nominated for the Tony Award for Best Revival of a Play.

“I chose this show because it is relevant to the world in which we currently live in,” said Grantz. “Even though this play was written 18 years ago, you feel like it is one of Kenneth Lonergan’s newer works. Great writing can transcend time.”

Tickets range from $12 for general admission and $10 for HFC employees and students with a valid photo ID. Purchase tickets here. For questions or more information, contact Grantz at bsgrantz@hfcc.edu.