Notice: This article is more than one year old and is part of the Henry Ford College news archive. Information in the article may be outdated. For the most current news and information about Henry Ford College, please visit hfcc.edu/news, or contact communications@hfcc.edu.
Release Date:
Friday, December 13, 2019

HFC student veteran takes to the airwaves as D.J. Quicksand 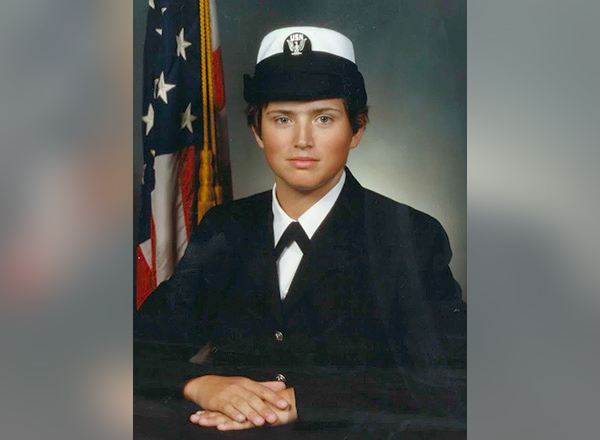 HFC student veteran Sandra Wilkins served in the U.S. Navy from 1999-2003. She is a culinary arts student who hosts WHFR’s “Feast of Folk” radio show as D.J. Quicksand.

Instead, the U.S. Navy veteran and culinary arts student is currently hosting “Feast of Folk” from 2:00 to 4:00 p.m. every Wednesday on WHFR. But she’s better known by her on-air moniker D.J. Quicksand, which came from how fast she talks -- "quick" -- and the first syllable of her name.

She brings related topics into the music mix. “I introduce recipes that are linked to the music or the artist between songs. For example, if it’s a reggae song, I’ll introduce a Jamaican dish. I can tap into several genres of music, whether it’s folk, country, Americana, world, or traditional. I bring a little piece of me into the show,” said Wilkins, of Sterling Heights.

A passionate addition to WHFR

“Sandra is a passionate addition to the WHFR team. Her music is profound and soulful, and her D.J. style comes from a place of sincerity, life experience, and genuine love for her community," said Susan McGraw, WHFR general manager and HFC professor of telecommunication. "We’re proud of her commitment to this craft and are grateful to have her on the WHFR airwaves."

Born in Ann Arbor and raised in Dearborn Heights, Wilkins is a 1999 graduate of Harry S. Truman High School in Taylor. Upon graduation, she enlisted in the Navy. She served four years and was discharged in 2003, achieving the rank of E-4 (petty officer, 3rd class or PO3). After leaving the military, she completed some coursework at Everett Community College near Seattle. In 2012, Wilkins returned to Michigan and worked in various jobs.

“Finding steady employment in Michigan was tough, especially without a college degree,” she said. “So I started researching schools and decided to come to HFC because of its culinary arts program.”

Currently, Wilkins is in the culinary arts associate degree program. She is planning to graduate in 2021.

“I love this program so much. It’s fantastic. It’s definitely worth the 45-minute drive each day from Sterling Heights,” she said.

“Chef Click is a fantastic teacher. He’s very personable,” said Wilkins. “I like his approach to teaching. He believes in learning outside the classroom and his taken us out on field trips to Calder Dairy and Farm in Carleton, Zehnder’s Restaurant in Frankenmuth, and Plymouth Orchards & Cider Mill. We got to see how each place runs their operation, which was pretty cool. These field trips were also open to family members. It was so nice to be able to share that with them.”