Notice: This article is more than one year old and is part of the Henry Ford College news archive. Information in the article may be outdated. For the most current news and information about Henry Ford College, please visit hfcc.edu/news, or contact communications@hfcc.edu.
Release Date:
Thursday, February 14, 2019 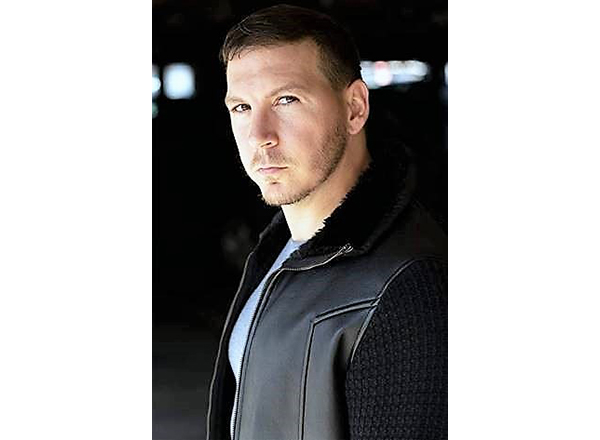 When he’s not auditioning, actor, filmmaker, and HFC alumnus Jonathan Stanley is helping his fellow actors nail their auditions.

A Michigan native, Stanley – who’s appeared in Batman v Superman: Dawn of Justice, The Bold and the Beautiful, Lucifer, Agents of S.H.I.E.L.D., and the Sundance The Infiltrators, et al – got on the ground floor videotaping celebrities doing their auditions remotely with his company, Hot Shots Self Taping, in Studio City, CA. His company also produces high-quality demo reels and film projects for actors that are just getting started in the business.

“This scratched my own itch. My agent was getting me auditions and I had to self-tape them, then send them in to casting directors. Five years ago, this wasn’t that common, people recording their auditions rather than going in person to audition. There was only one self-tape place in Hollywood, as far as I knew. I realized there was a market for this. I started shooting self-taped auditions, which became a ‘go-to’ place for celebs,” explained Stanley, of Los Angeles, who started this business in 2015.

“I love working all these celebrities – they’re a blast,” said Stanley. “The Arquettes – especially David – always bring great levity when in the studio.”

Stanley was born in southwest Detroit, where he lived until age 12 before moving to Croswell, a small town outside Port Huron. His father, Jim Stanley, was an actor who performed in local community theater. Jim inspired Jonathan to perform, starting with magic and then venturing into dance, ultimately appearing on We Be Jammin’ and D Party as a hip hop dancer.

The elder Stanley attended HFC, where one of his teachers was retired theater and film professor Dr. George Popovich.

“My dad always talked about Popovich,” recalled Stanley. “When I decided to pursue theater in 2010, I sought him out.”

To pay for his classes at HFC, Stanley moonlighted as a male stripper. He even wrote a semi-autobiographical movie based on that experience called Misled. Not only did it feature Popovich playing Professor Blake, it was filmed on the HFC campus.

“The stripping scenes weren’t, however,” quipped Stanley, who also served as producer and played the lead role of Jason in the 2015 indie film.

The plot of Misled finds two brothers – Jason (Stanley) and Bobby (Lockwood) – on the mean streets of Detroit struggling to improve their lives. Unable to afford college and faced with expulsion, as well as supporting his mother Mary (Juliana Bellinger), Jason turns to stripping. This, in turn, leads him to the brink of prostitution, posing a huge dilemma, since he has just met the love of his life, Christina (Natalie Avital).

Bobby, fresh out of prison and owing convicts inside, goes right back to selling drugs but one misstep follows another. Soon thereafter, he’s in over his head with a dangerous drug kingpin. His attempts to draw Jason back into a life of crime fail. Jealous of Jason’s new relationship and how their mother dotes on Jason while Bobby can never do right in her eyes, Bobby’s own drug habit spirals him down into a darker place, exasperated by the re-emerging memory of the horrible childhood secret he shares with Jason.

“I had a blast being in Misled,” said Popovich. “Jonathan produced a feature film! A real feature film! His crews were from Hollywood and most of his actors were SAG-AFTRA actors.”

Stanley spoke highly of Popovich and could understand why his father did as well. Popovich taught at HFC from 1985 to 2017 and founded the Virtual Theatricality Lab, an experimental theatre wing that utilized advanced film effects for legitimate stage productions (the Lab has since been discontinued).

“He’s a genius and a cinema guru. I took every class he taught, even if it wasn’t my thing, like horror. I took any class I could just to absorb as much knowledge from him that I could,” said Stanley. “When I wrote Misled, he read it and made notes. We’d meet one-on-one. I still keep in touch with him.”

“Jonathan is a self-made man. He did not go to a university. He did not go to film or acting school,” said Popovich. “He learned the basics at HFC by taking the classes that applied to him. He performed in the HFC shows that represented the style and type of characters he wanted to play. He took our basic acting classes, our class in Motion Capture Performance and our science-fiction class, among others. He performed in SubUrbia, which was directed by (HFC theater instructor) Christopher Bremer.”

Stanley has a supporting role as Pittman, a corrections officer, in The Infiltrators, which won the NEXT Innovator Prize and the NEXT Audience Award at this year’s Sundance Film Festival Awards.

The Infiltrators chronicles the story of the National Immigrant Youth Alliance (NIYA), a group of teenage undocumented activists who infiltrated the Broward Transitional Center, a detention center in Florida where the docudrama was actually filmed, in 2012 to prevent deportations and release detainees.

“These young kids are trying to get these immigrants released, and I aid in putting the kibosh on them,” said Stanley. “We’re (expletives). We’re not fond of the people in there.”

“Among conservatives, you see images of immigrants as invaders and criminals, and then in liberal circles, you just see representations of suffering, of bodies in the desert. But from immigrant families, we know that’s not the full picture – immigrants are also incredibly savvy, sophisticated, and intelligent political actors,” Ibarra said in in an interview with the website Film Comment.

Along with the cast and crew, Stanley attended the premiere of The Infiltrators at Sundance.

“I feel privileged to be part of such a great project,” he said.

In addition to running Hot Shots Self Taping, Stanley has a recurring role as Officer Lawrence Griffin on Good Trouble, a drama series that debuted in early 2019 on Freeform and is a spinoff of The Fosters, which was about the lives of the Foster family, led by a lesbian couple (one of whom is played by Teri Polo of Meet the Parents) who raise five children in San Diego.

Its 2018 series finale led into Good Trouble with Callie Adams Foster (Maia Mitchell) and Mariana Adams Foster (Cierra Ramirez) embarking on the next phase of their lives working in Los Angeles. Good Trouble has already been renewed for a second season.

“I play a cop. I always seem to play a cop,” said Stanley, laughing, referring to his 2018 short film Badges – which he also wrote, produced, and directed – where he plays a Detroit cop who mistakenly shoots and kills an unarmed black man. Badges won Best Dramatic Short at the Central Florida Film Festival.

“These seem to be a lot of the roles I’m getting,” he said. “But, hey, you go where you’re wanted. I’m blessed to be making a living doing what I love.”

“Jonathan journeyed to Hollywood and found a way to support himself by recording auditions for actors and has carved out a niche for himself as an actor in the TV and film world,” said Popovich. “I am extremely proud of him, and I know he has a brilliant future.”