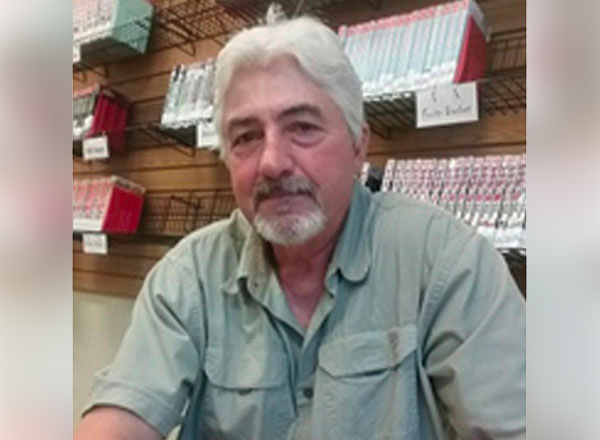 Alumnus Ron Croskey, a former trooper for the Michigan State Police and now a keyboardist for a local band, has fond memories of attending HFC in the early 1970s.

“My father had just died, and my two older brothers were out of the house. Attending HFC allowed me to help my mother. Back then, tuition was $10 per credit hour if you were a Dearborn student. When I was a senior in high school, I had a job in the co-op program with the Dearborn Public Schools. I was able to keep that job while going to school full-time and taking care of my mom. It all worked out,” recalled Croskey, of Clare, near Mount Pleasant.

Croskey joined the Michigan State Police (MSP) in 1978, and retired in 1997 after being wounded in the line of duty. He worked in Mt. Pleasant, New Baltimore, and the Detroit post. In 1986, he transferred to the Houghton Lake post. Croskey was the first state trooper in Northern Michigan to drive the MSP’s new 1989 Mustang, which was powered by an 8-cylinder, multi-port, 5-liter, fuel-injected engine. The Mustang was capable of speeds of up to 130 MPH.

“I remember it could go from 0 to 60 in just a few seconds,” said Croskey.

“I loved the job. I loved working for the State Police,” said Croskey. “I enjoyed dealing with people -- except the ones causing problems, obviously. I did a lot of complaint investigations, (breaking and entering) investigations, larceny complaints… There were some bad days, but every job has those. A lot of people don’t realize you have to be a salesman when you’re a policeman. You can inform people what they did wrong, and do it politely. You want to leave a pleasant taste in their mouths when you leave, especially since they’re the ones paying your salary.”

On Sept. 14, 1995, Croskey faced his darkest hour as a police officer. A gas station manager in Gaylord called 911, reporting that two vans filled up and left without paying. Croskey was patrolling the area when he got the call. He spotted the two vehicles, reported back to headquarters, and requested backup. Two deputies arrived.

At first, the plan was to escort the motorists back to the gas station to make sure they paid what they owed, and give them a verbal reprimand. However, when Croskey checked the two vehicles’ license plates, he learned they were stolen vehicles. They arrested the suspects, but not before a shootout ensued and Croskey was badly wounded.

Croskey spent nearly 10 hours in surgery. The procedure required a team of 35 surgeons, specialists, and nurses that operated on his left femur, lungs, bladder, and intestines. He spent the next two years in physical therapy. In January 1997, he received a Bravery Award from the Houghton Lake State Trooper Post. In October 1997, he was given a mandatory disability retirement.

“I’m in good shape physically now. My concern is just old age with the arthritis,” he said, laughing. “I work out regularly, eat healthy, and watch my Ps and Qs.”

Today, Croskey is a route driver for Win Stuff, a company supplying coin-operated machines filled with toys people can win with a movable claw, when he’s not doting on his 11 grandchildren (he has three children and two stepchildren). Another of his favorite hobbies is deer hunting. He owns 80 acres, and is developing his property as a deer habitat.

Music has always been a passion for Croskey. He’s in a band called The Real Deal – Blues You Can’t Refuse, where he plays the keyboard and is a vocalist. The Real Deal is well known in his area, usually attracting large crowds.

Croskey’s no stranger to playing in bands. He played in Rusty and the Spring Fever Band during his HFC days. After recovering from his gunshot wounds, he played keyboard for the band Night Shift for 10 years.

“I’ve always enjoyed music – rock, rhythm and blues. I was in a classic rock band for many years; there are about a million of them out there,” he said. “We’re all seniors here. We’re not looking to make a gazillion dollars; we’re just going out and enjoying ourselves.”