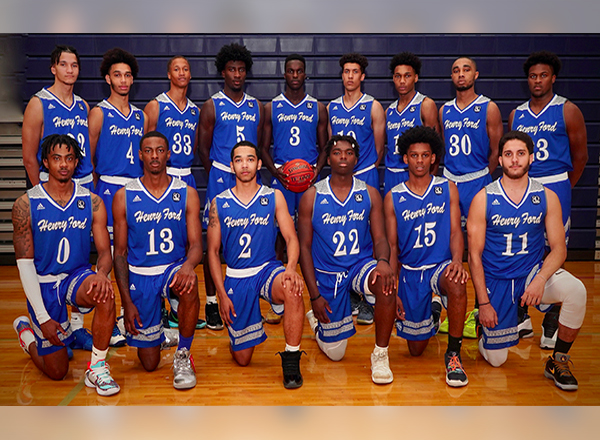 After a 23-9 season last year, Coach Chris Shepard is looking forward to this season, his third as the head coach of the HFC men’s basketball team.

He's still riding high from when the Hawks made it to the District 10 Championships last season and the Michigan Community College Athletic Association Conference Championships in 2018.

“I would like to say it feels good," he reflects. "The reality is I feel more pressure than ever to not only maintain where we have been, but to achieve the goals we have set. Our program has not yet attained our goal of making the national tournament, and I’m not happy about it,” explained Shepard. “Currently, we are just outside the Top 20 in the national polls. We have a chance to really move up with seven of our first 13 games against ranked opponents.”

According to Shepard, Davion Moore and Cortez Jackson are the players to watch this season. Shepard called Jackson, a returning player from Harper Woods, the heart and soul of the team.

“Coach Bradley brings a wealth of knowledge coming from John Glenn as a coach, while also coaching on the Amateur Athletic Union circuit,” said Shepard. “He is as hard a worker as I have been around. I am blessed to have three great assistant coaches.”

Armed with a new assistant coach and several seasoned veteran players, Shepard spoke about the team’s prospects for the 2019-20 season.

“We are very talented with very good depth. If our players take ownership of their efforts, have the desire to be unselfish on the court, and take care of business in the classroom, we will be where we want to be,” he said. “We pride ourselves in representing our College to the best of our ability. Athletic Director Rochelle Taylor is second to none. President Russell Kavalhuna not only attends games but stops by when we’re practicing. HFC is a very special place.”