Notice: This article is more than one year old and is part of the Henry Ford College news archive. Information in the article may be outdated. For the most current news and information about Henry Ford College, please visit hfcc.edu/news, or contact communications@hfcc.edu.
Release Date:
Tuesday, October 22, 2019 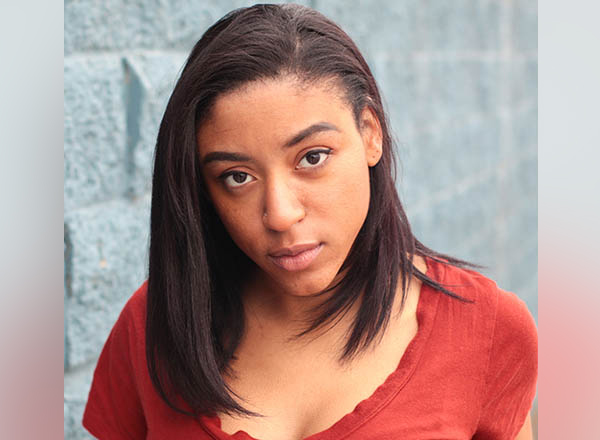 Although Sasha Johnson started acting when she was a sophomore at Thurston High School in Redford, she will say that she didn’t get her “official start” until she came to HFC.

“HFC was where I got my foundation. It fueled my passion for acting. I tell people HFC was where I started acting. I felt included there,” recalled Johnson, of Redford. “Before I arrived, I was always playing traditional white roles. HFC was very inclusive, kind, and giving. I felt very welcome.”

At HFC, Johnson appeared in the plays The Flick, The Laramie Project, The Foreigner, and Lobby Hero.

“I found that my voice can make people feel things. My words and actions could make people feel things beyond their regular lives. People actually listen to me when I’m on stage, and can learn something from me. That inspired me to create a platform that can bring about change, especially in a play like The Laramie Project,” she explained.

Johnson’s boyfriend, Nate Wilhelm, whom she met at HFC and who performed alongside her in The Foreigner, Lobby Hero, and The Laramie Project, also enjoyed his experience at HFC.

“They have good directors at HFC,” said Wilhelm, a Woodhaven High School alumnus. “They really care about the craft and the actors.”

After leaving HFC, Johnson auditioned for many roles but wasn’t getting any work. She encountered barriers that she found prevented actors of color from getting roles in professional theater.

“It could be lack of talent,” speculated Johnson. “But I don’t really see anybody of color on the stages of [white-run theater companies] unless the roles were specifically written for a person of color.”

Enter the Black and Brown Theatre

Over the summer, Johnson discovered the Black and Brown Theatre in Detroit, a non-profit founded in 2016 whose mission is to create acting opportunities for actors and actresses of color. Johnson played the princess in a family-friendly version of The Frog Prince called Once Upon a Rhyme: The Frog Prince. Johnson and her fellow Black and Brown thespians were recently featured on FOX 2.

“Black and Brown Theatre is a blessing,” said Johnson. “It provides opportunities, and it's also accessible. It’s close to my home. Emilio Rodriguez, the artistic director, makes himself available to me. Everyone is so supportive. They’re all actors of color, so you get to work in an environment with people who look like you, who can relate to you and your experiences, and who can understand some of the racial experiences you might have. Being in an empowered group with actors who very capable of playing traditionally white roles -- I find that even more inspiring.”

Black and Brown Theatre has also allowed Johnson the opportunity to write and direct. Her 10-minute, one-scene play called Ginger Tea will be performed at 7:00 p.m. Saturday, Nov. 9, at the Redford Theatre in Detroit. In Ginger Tea, a young woman’s anxiety manifests itself into the physical form of a person only she can see. When she’d face anxiety as a little girl, her grandmother would fix her ginger tea, hence the title.

“I’ve gotten plenty of experience acting, writing, and directing, thanks to Black and Brown,” said Johnson. “We always welcome more support – in the community and financially. Black and Brown needs to thrive on being an exclusive troop for people of color, simply because at this point, we don’t have the same opportunities as others.”