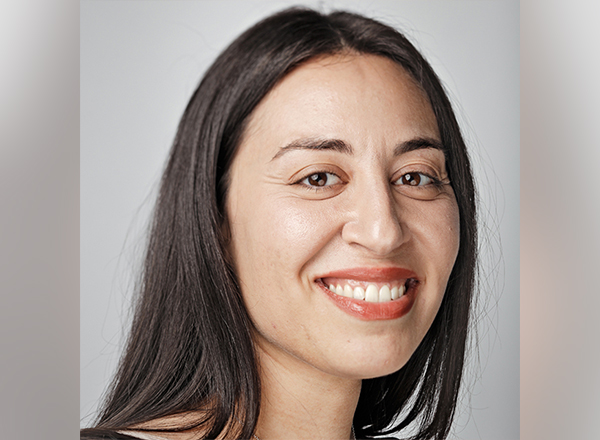 HFC art instructor Mariam Ezzat is one of 18 Detroit-based artists who have been named 2019 Kresge Fellows in the visual and literary arts.

“This has been a happy honor,” said Ezzat, of Detroit, who has taught 2-D design at HFC for three years. For eight years, she has been a programs assistant for the Education Studio at the Detroit Institute of Arts.

Like the other Kresge Fellows, Ezzat has received a $25,000 “no strings” attached monetary award and a year of professional practice support. That support begins with an intensive professional development retreat presented by New York-based, artist-service organization Creative Capital.

“This is a very generous and supportive professional development program,” said Ezzat. “The true blessing of the fellowship is the company of my fantastic cohort.”

The awardees were selected by independent panels of local and national artists and arts professionals who reviewed nearly 850 applications over many months and several rounds of reviews. The selection criteria for Kresge Artist Fellowships include: • A demonstrated record of artistic achievement and high-quality work
• The potential to grow and advance in their artistic career
• The potential to reflect, enhance, or impact communities within Metro Detroit

“A decade ago, we recognized Detroit’s arts community as one of its bedrock strengths. We were convinced that heightening the visibility and advancing the careers of artists would bring cascading benefits for the community of artists and the community at large – socially, culturally, economically,” said Kresge President Rip Rapson. “In the 2019 Kresge Artist Fellows, we see yet another accomplished group poised to lift spirits, open hearts, stir our thinking, and challenge our complacency.”

Ezzat is not the only Kresge Fellow who teaches at HFC. Animation instructor Josh Mulligan was a 2016 Kresge Fellow.

“I feel so fortunate to have Ms. Ezzat as part of the HFC family,” said HFC art instructor Steve Glazer.

“It is an honor to have artists of such a high caliber like Mariam and Josh as part of the faculty here at the College,” added Victoria Shepherd, HFC lead instructor, digital and graphic arts.

“I have always known art was for me”

“I have always known art was for me. My life would revolve around artistic practice and endeavor,” she said.

“I started teaching in college and never really stopped. It became clear that it will always be the most fulfilling way to earn a living. It will keep my mind active and malleable,” she said. “I am proud to be part of the HFC family, and excited to see what the year has in store.”