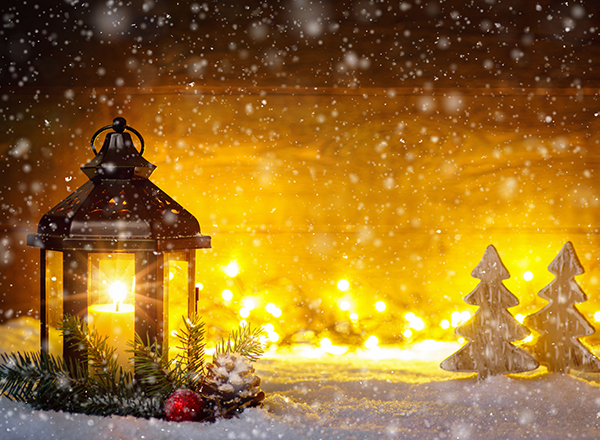 On Wednesday, December 25, millions of people worldwide will celebrate Christmas Day. The day has both religious and non-religious significance. For some Christians, the holiday lasts 12 days. It follows Advent and concludes with Epiphany.

Christmas is the celebration of the birth of Jesus. Christians believe that Jesus was the Son of God and savior of all humankind. The Gregorian calendar that we follow in the United States begins roughly at the time of Jesus’ birth. According to this calendar and tradition, Jesus was born 2,019 years ago.

The Christmas story has many components, and you may learn more about them here, or here.

Here is a brief explanation of the Christian belief. A Jewish couple named Mary and Joseph lived in Nazareth, a town in Galilee in the northern part of Israel. They were engaged to be married when an angel appeared to Mary and told her she would become pregnant with a holy child who would become the King of Israel. The couple traveled to Bethlehem, in the region of Israel called Judea, to participate in a required census. When they arrived, they could not find lodging, so they camped in a stable. There, Mary gave birth to Jesus. Following his birth, he was visited by three kings or “wise men” and was later presented in the Temple in Jerusalem for purification rites. He then grew up to become a rabbi, a spiritual leader, and is the centerpiece of the Christian faith that emerged after his death and, according to Christian belief, is based on his resurrection and ascension into heaven.

It is not known exactly what day Jesus was born. Christmas is celebrated in December for various reasons. Among them are the holiday’s association with the winter solstice in the Northern Hemisphere, a time of rejoicing at the lengthening of days. The timing also has connections to the Yule holiday and the Roman Saturnalia holiday around the same time.

Christmas is a joyous, festive, colorful, exuberant holiday. It is a time when extended families and groups of friends get together, often traveling great distances to celebrate and spend time together. For many, it is a highlight of their year.

Food is often a centerpiece of both Christian and secular traditions. This often includes lavish meals, baking, and sweets.

Families often decorate their homes with a Christmas tree inside the home that is decorated with lights and ornaments. In Christian homes, you will find emblems of the Christmas story: angels, wreaths, stars, crèches (Jesus’ birth scene tableau), wise men, animals, and mangers.

Christmas is often a time of gift-giving in both Christian and secular settings. Many people give generously to less-fortunate people, through money, goods, or food. Some families and churches “adopt a family” to provide Christmas gifts to people who cannot afford a celebration.

In some families, gift-giving is almost a ritual event. Brightly wrapped presents are placed under the Christmas Tree. Children are told that Santa Claus will secretly come to their home and leave presents the night before the family celebrates. Many families practice this tradition on the night before the holiday—Christmas Eve. On Christmas morning, a joyous celebration ensues, during which children (and adults) open gifts.

The story of Santa Claus originated from a third-century monk named St. Nicholas. He was known for his generosity and kindness and became the patron saint of children. Legend has it that in the 1700s, a group of Dutch immigrants in New York celebrated the anniversary of the death of Sinter Klass (a Dutch nickname version of St. Nicholas). There are many alternate threads to the Santa Claus story. Today, Santa remains a mythical figure who lives at the North Pole and delivers gifts to children worldwide on Christmas Eve.

Christmas is commemorated in the nation’s capital to this day, with an extremely tall National Christmas Tree erected outside the White House in Washington, D.C. and lit up in an official ceremony. This tradition dates back to First Lady Grace Coolidge and U.S. President Calvin Coolidge in 1923.

Some observers of Catholicism and Orthodox Christianity recognize a four-week season prior to Christmas known as Advent. It is a time of expectant, hopeful waiting marked by contemplation, prayer, and reflection on God’s will. Some Christians fast or abstain from specific foods during this time.

Advent Calendars are often used to count down the days until Christmas. Each calendar has a small window to be opened each day. Behind each window is a seasonal image or message. Children are often given the privilege of opening the calendar’s windows.

Many families light candles during Advent. Some churches place four large candles into a wreath made of greenery. The candles are lit sequentially, one during the first week, two during the second week, and so on until Christmas Eve.

Catholics celebrate Epiphany 12 days after Christmas, on January 6. For Orthodox Christians, the date is January 19. It is the date when Christians believe the Three Kings or Wise Men visited Jesus.

While Christmas Day is the holiday celebration for many, there are some Christians who commemorate each of the 12 days after Christmas, until Epiphany. Each day recognizes a particular saint or feast day in the Catholic or Orthodox tradition.

For some Christians, Epiphany signals the date when Jesus was baptized later in his life and started his ministry of teaching people about God. The word epiphany means “revelation.” Both the Wise Men’s visit and the baptism of Jesus were times when Jesus was revealed in important ways.

At midnight on January 1, 2020, most of us will welcome in the New Year, according to the Gregorian calendar. This civil calendar used by most of the world’s countries dates back to 1582, when it was introduced to correct the errors that had accrued in the previously-common Julian calendar (709-1582).

The Gregorian calendar introduced leap years (years with 366 days) every four years, except years that open a century and are not “exactly divisible” by 400. The Gregorian calendar thus defines a year as 365.24 days, which is the length of time it takes the earth to make one revolution of the sun.

There are other international and religious New Year celebrations at other times of the year, including the Chinese New Year, Diwali, and Rosh Hashanah.

To all who celebrate these holidays: Merry Christmas, Happy New Year, and every joy to you as we begin our new College year. Classes start January 13. I will look forward to seeing you on campus!