Notice: This article is more than one year old and is part of the Henry Ford College news archive. Information in the article may be outdated. For the most current news and information about Henry Ford College, please visit hfcc.edu/news, or contact communications@hfcc.edu.
Release Date:
Thursday, May 31, 2018 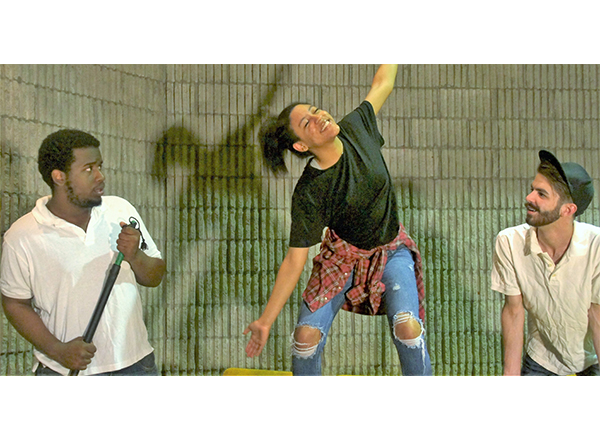 The Henry Ford College Theatre Arts Department presents "The Flick," a stage adaptation of Annie Baker’s play that won the 2014 Pulitzer Prize for Drama and the 2013 Obie Award for Playwriting.

Presented by special arrangement with Samuel French, Inc. and directed by HFC theater instructor Brandon Grantz, "The Flick" will run for eight performances in the Adray Auditorium in the Grant U. MacKenzie Fine Arts Center (Building F) on the following dates and times:

This sweetly demented tragicomedy is set in Worcester County, Mass. in one of the last movie-houses in the state that still runs giant film reels on a 35-millimeter projector. Like the rundown industrial region that can barely support even this seedy uniplex, the remaining three ushers – Avery (Corey Tarvis), Sam (Jesse Mattox), and Rose (played by Sasha Joelle Johnson and Kaylin Green) – are also doomed for extinction. The only problem is nobody has broken the news to them.

HFC’s production of "The Flick" is arranged in a way that has never been done before at HFC. The play is performed in the space where the audience usually sits, which represents the movie theater where The Flick occurs. Patrons will sit on the stage and watch the action unfold in the traditional viewing space at the Adray Auditorium.

Tickets for "The Flick" are $12 for general admission and $10 for HFC employees and students with a valid photo ID. For questions or further information, contact Grantz at bsgrantz@hfcc.edu.