Notice: This article is more than one year old and is part of the Henry Ford College news archive. Information in the article may be outdated. For the most current news and information about Henry Ford College, please visit hfcc.edu/news, or contact communications@hfcc.edu.
Release Date:
Tuesday, November 6, 2018

Carla Hall of "The Chew" and "Top Chef" speaks at HFC via video Nov. 13 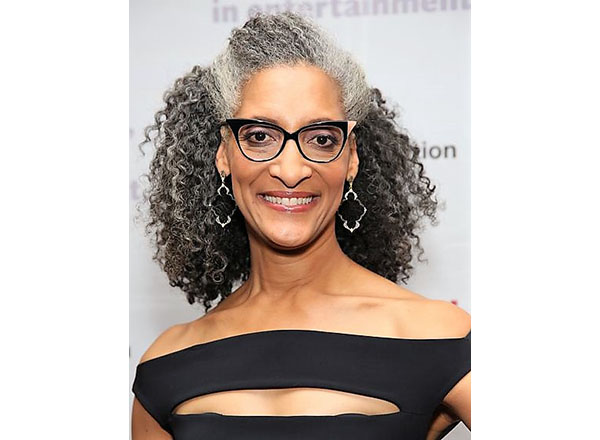 The National Society of Leadership and Success (NSLS) is hosting a video broadcast presentation to be given by Carla Hall, former co-host of ABC's Emmy-winning talk show The Chew and Bravo's Top Chef Tuesday, Nov. 13, from 3:30 to 5:00 p.m. in Room K-14 of the Reuther Liberal Arts Building (Bldg. K on the main campus). Admission is free.

The NSLS hosts live-streamed events with leaders, celebrities, and best-selling authors six times per year. Topics include leadership, identifying goals, facing challenges, personal growth, and successfully transitioning from college to career. Students interact with the speakers via Twitter and Facebook during each broadcast.

A Howard University alumna, Hall began her career as an accountant but realized that it wasn't the right fit for her. She became a runway model in Paris, London, and Milan for several years. It was in these three cities that she quickly fell in love with the art of food. Upon returning to the United States, she entered the food industry and graduated from L'Academie de Cuisine in Gaithersburg, MD with a Culinary Career Training certificate.

Hall's big break came in 2008, when she was selected to be a contestant on the fifth season of Top Chef. After Episode 10, she wowed the judges with her crawfish gumbo, going on to win Super Bowl XLIII tickets for this victory. She went on to cook her chicken potpie on Late Night with Jimmy Fallon. From there, she hosted The Chew, a show that centered on food from various angles, from 2011-18.

The NSLS is the nation's largest leadership honor society. Students are selected by their college for membership based on either academic standing or leadership potential. Candidacy is a nationally recognized achievement of honorable distinction. With 646 chapters, the NSLS currently has 955,640 members nationwide.

In addition to honorable distinction, the NSLS provides a step-by-step program for members to build their leadership skills through participation at their campus or online. Upon completion of the program, members receive their leadership certificate and take their place among the top student leaders at their campus and across the country. Members are able to list their affiliation on all statements of personal accomplishment, including their resume.

Membership is for life and provides access to benefits including scholarships and awards, exclusive on-campus events, employer recruitment through an online job bank, and discounts on computers, textbooks, grad school prep courses, insurance, and much more.