Notice: This article is more than one year old and is part of the Henry Ford College news archive. Information in the article may be outdated. For the most current news and information about Henry Ford College, please visit hfcc.edu/news, or contact communications@hfcc.edu.
Release Date:
Monday, May 16, 2016

HFC to Present "Bug" Throughout June 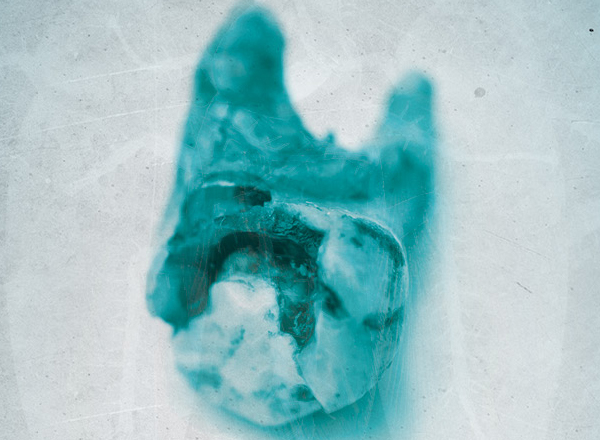 The HFC Theatre Arts program’s presentation of “Bug” will finish its run the weekend of June 23-26. The two leads, Zach Ross and Samantha Kenbeek, have been nominated for the prestigious Irene Ryan Acting Scholarship Auditions.

HFC will present “Bug” in the Adray Auditorium, located in the Grant U. MacKenzie Fine Arts Center (Building F) on the following dates:

“Bug” – a psychological horror story nominated for three Drama Desk Awards – is written by Tracy Letts, a Pulitzer Prize-winning playwright. Dr. George Popovich, HFC director of Theatre and director of the Virtual Theatricality Lab (VTL), will direct the HFC production. The play debuted at the Gate Theatre in Notting Hill, London, England on Sept. 20, 1996. Following its London run, the play made its American debut in Ithaca, NY, followed by the Woolly Mammoth Theatre in Washington, D.C. in 2000.

Letts adapted “Bug” into a 2006 feature film directed by Oscar-winning Filmmaker William Friedkin (“The French Connection,” “The Exorcist”). “Bug” starred Michael Shannon (“Man of Steel”), Emmy winner Ashley Judd (“High Crimes”), Lynn Collins (“X-Men Origins: Wolverine”), Brian O’Byrne (“Million Dollar Baby”) and Grammy winner Harry Connick, Jr. (“P.S. I Love You”). The majority of “Bug” occurs in a seedy hotel room where Agnes – a lonely waitress who’s addicted to cocaine – lives. Agnes is on the run from her violent ex-husband Jerry, who was just released from prison. One night, her friend R.C. introduces Agnes to Peter, a Gulf War veteran who may or may not be AWOL.

Agnes becomes involved with Peter, who is paranoid about the war in Iraq, UFOs, the Oklahoma City bombing, cult suicides and the American government conducting secret experiments on soldiers. To make matters worse, there’s a hidden bug infestation in her hotel room that has both Agnes and Peter dealing with scathing welts and festering sores, which Peter believes is the result of experiments conducted on him during his stay at an army hospital.

Their fears soon escalate into the realm of paranoia, conspiracy theories and twisted psychological motives. In fact, Peter eventually draws Agnes into his paranoid delusions. From there, the play chronicles her slow descent into madness under Peter’s influence.

HFC’s production of “Bug” will be a participating entry in the Kennedy Center’s American College Theater Festival (KCACTF) in New York City. Founded in 1969 by Roger L. Stevens, the founding chairman of the Kennedy Center, the KCACTF is a national theater program involving 18,000 students from colleges and universities nationwide and has served as a catalyst in improving the quality of college theater throughout the United States (U.S.). Since then, the KCACTF has grown into a department, where artists showcase their work and receive outside assessment from KCACTF respondents.

During the June run of “Bug,” a KCACTF delegate will travel to HFC to judge the production. The entire production of “Bug” is also eligible to be named a regional winner and invited to the regional festival in January 2017.

“We are here to serve our theatre students, many of whom will be transferring to four-year BFA acting programs. When our students enter the real world of theatre, they will encounter a vast variety of plays from comedies to tragedies to musical theatre to edgy, controversial plays. We aim to expose our students to a variety of shows so they will be prepared to compete. The more variety an actor has, the more employable they are. We recently did a spate of comedies and light fare: ‘Fools,’ ‘The Good Doctor,’ ‘Hairspray’ and ‘A Christmas Story.’ ‘The Diviners’ and ‘Bug’ represent our foray into the dark side of theatre,” said Popovich.

Tickets are $15. To purchase tickets, go to http://theatre.hfcc.edu. For questions or further information about “Bug,” contact Popovich at 313-845-6478 or popovich@hfcc.edu.

Please note: “Bug” contains scenes of violence, and other adult content. No one under 18 admitted. For a complete content advisory, see: http://theatre.hfcc.edu/productions/2016/bug.

Setting
Now. A motel on the outskirts of Oklahoma City.
There will be a 15-minute intermission.