The Honors Program at Henry Ford College has produced numerous successful graduates and exciting projects. While the listing of current students and notable alumni is certainly not exhaustive, highlighted below are some recent examples of success in our program. We invite alumni to submit exciting accomplishments and prospective students to read through these short biographies to see how our program can positively impact your lives.

Akshay Sarathi, 2010 Honors Program graduate, completed his undergraduate history degree at Grand Valley State University. He is now a doctoral candidate in the Anthropology program of the University of Wisconsin (Madison). “I am a zooarchaeologist. I work with animal remains to understand how humans interacted with their environment. My research is currently based on the island of Zanzibar, where I lead an excavation project at the sites of Kuumbi Cave, and Pango la Pangejuu. The cave has been occupied by hunter-gatherers for the last 17000 years according to the latest research. I return to Africa every year to work on the cave.” Akshay was recently awarded a Fulbright-Hays Doctoral Dissertation Research Abroad fellowship which will facilitate his return to Tanzania to research the maritime culture of the Swahili people, and how it evolved from 4000 BCE to the 1100s CE. Sarathi will also explore how maritime abilities might have been impacted by urbanization, climate change and animal domestication. 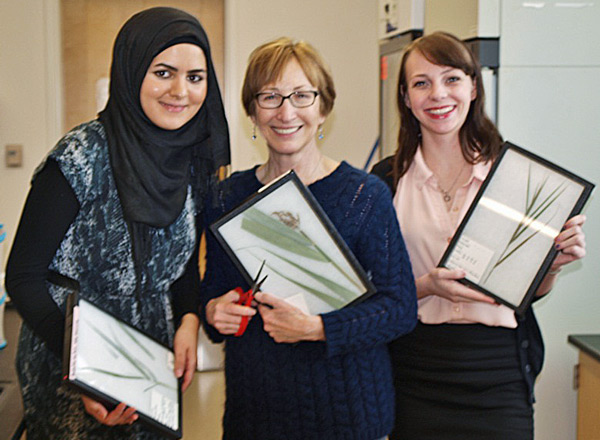 Abear Awada and Tiffany Feebish, 2015 Honors Program graduates, collaborated on a study of invasive plant species in the Rouge River ecosystem in Dearborn. Since invasive plants are so pervasive and threatening to native organisms, quantifying invasive species is a necessary beginning in order to prioritize control measures. To establish a baseline for future evaluations they examined a total of fifteen sites, three not in Dearborn, determining numbers of native species, alien-but-non-invasive species, and alien-invasive species. Their work was entered in the Liberal Arts Network for Development (LAND) competition and, in February 2015, won first place in the state. The research was supervised by Linda Brandt of the HFC Biology Department. 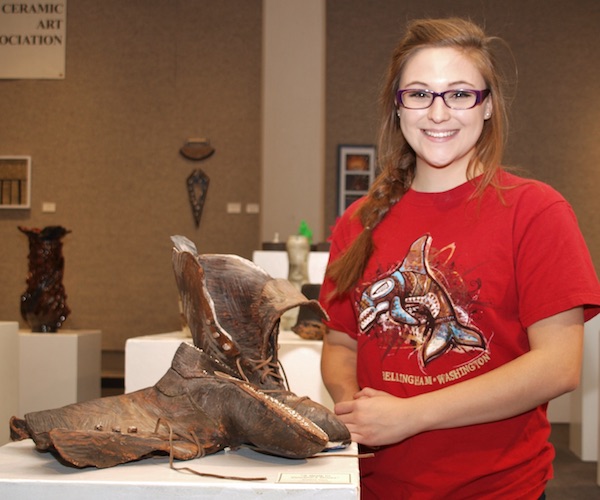 Honors Program student Sophia Hart was among three Henry Ford College students to have work selected for inclusion in the Michigan Ceramic Arts Association Biennial Student Exhibition. Students from over a dozen schools in Michigan and northern Ohio submitted work; a group of award winners will be selected during the Michigan Mud Conference in late October. Ms. Hart’s work, A Walk in Vincent’s Shoes, has also appeared in an HFC student exhibit and was selected for an exhibit at Wayne State University. The sculpture is a coil project developed for a ceramics class at HFC. This “art in the round” piece was modeled from an 1887 Vincent van Gogh painting, A Pair of Boots. 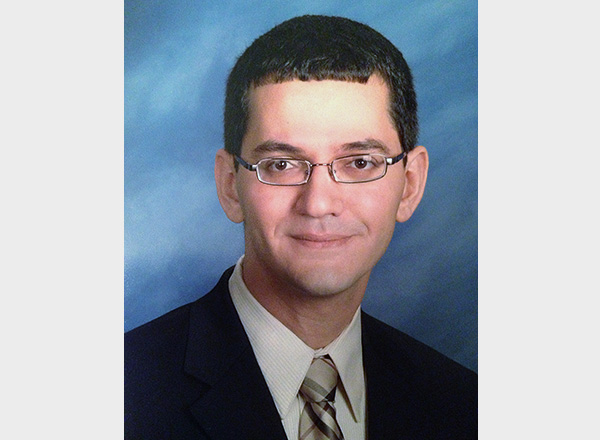 Ayad Alkhatib, M.D., a 2005 Honors Program graduate, completed his baccalaureate degree in biochemistry at Wayne State University. After a gap year spent teaching the sciences in a Dearborn charter high school, he entered the Wayne State University School of Medicine from which he graduated 2012. Dr. Alkhatib has completed fellowships at Henry Ford Hospital, and at the University of Texas – Southwestern Medical Center in Dallas, TX. After finishing his two year Rheumatology program in Dallas, Dr. Alkhatib returned to Michigan where he is a staff rheumatologist for the Henry Ford Health System. 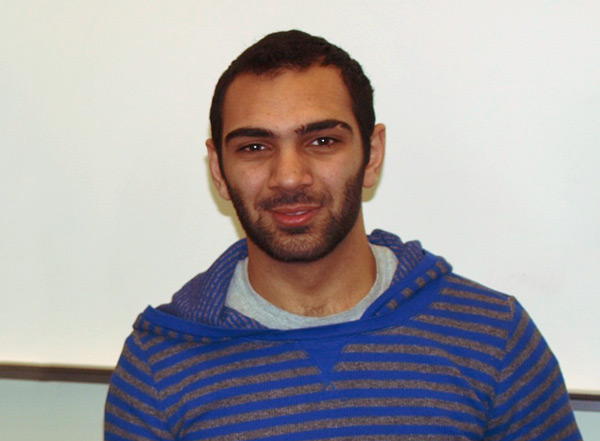 John Atallah, a 2015 graduate of the Honors Program, spent a year serving as a City Year AmeriCorps leader in the Detroit Public Schools. [City Year is an education-focused non-profit which partners with (primarily) urban public schools to provide full-time targeted intervention for students at high risk of dropping out. Teams of AmeriCorps volunteers support students and classroom instructors by addressing attendance, behavior, and course performance. In-class tutoring, mentoring, and after school programs designed to keep kids in school and on track to graduate are all utilized.] After his City Year experience, John entered the Wayne State University School of Social Work with a Presidential Scholarship. After graduation in May, 2018, he anticipates entering the Graduate School of Social Work to complete a Masters degree. 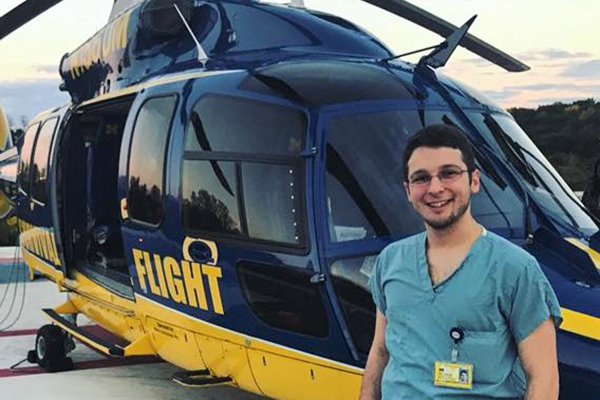 Ali Bacharouch, 2013 Honors Program graduate and Jack Kent Cooke Undergraduate Transfer Scholarship winner, completed his baccalaureate degree in Biomedical Engineering at the University of Michigan Ann Arbor and entered the UMAA School of Medicine in the Fall, 2015 semester. Because of his outstanding performance in his two years at the University of Michigan, the Jack Kent Cooke Foundation provided him an additional award, the Continuing Graduate Scholarship for his medical education. While at HFC, Ali was not only a member of the Honors Program, but acted as a tutor in the Learning Lab, worked with the Student Environmental Association, and was very active in the campus chapter of Amnesty International. His assertion regarding the Honors Program could be taken as a perfect summation of the goals of the program: “The Honors Program lets you become a scholar rather than just a student.” 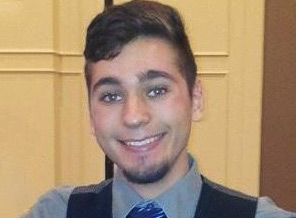 Charles Drew Corbin, a 2013 Honors Program graduate, completed his baccalaureate degree at the University of Michigan–Ann Arbor in nuclear engineering. His undergraduate research dealt with developing a nuclear reactor simulation code. He has been accepted in the University of Michigan–Ann Arbor graduate school to work on his master’s degree in nuclear engineering. 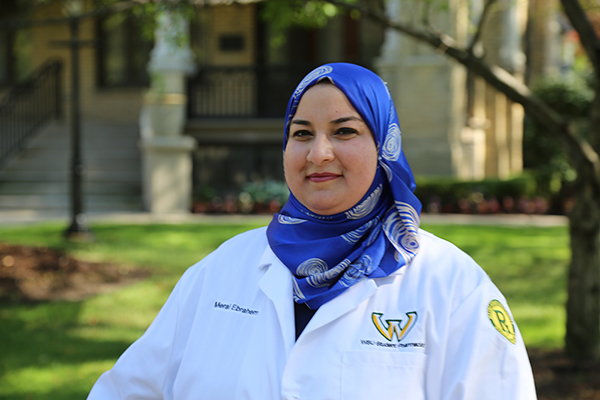 Meral Ebrahem, a 2015 graduate of the Honors Program, was the recipient of both an All-USA Bronze Scholarship award and a Lebanese-American Heritage Club scholarship upon transferring. In addition, she won a place in the University of Michigan’s highly competitive Undergraduate Research Opportunity Program, a summer research fellowship for community college students. Following a dream she has had from childhood, Meral is currently a student at the Wayne State University Eugene Applebaum College of Pharmacy. She is undecided about which area of pharmacy to enter but does have a strong interest in conducting pharmaceutical research. While at HFC, Meral was a regular spokesperson for the Honors Program, an active member of Phi Theta Kappa Honor Society, and a lab assistant in the Chemistry department. She was – and continues to be – involved in her four children's schools and in other community activities. 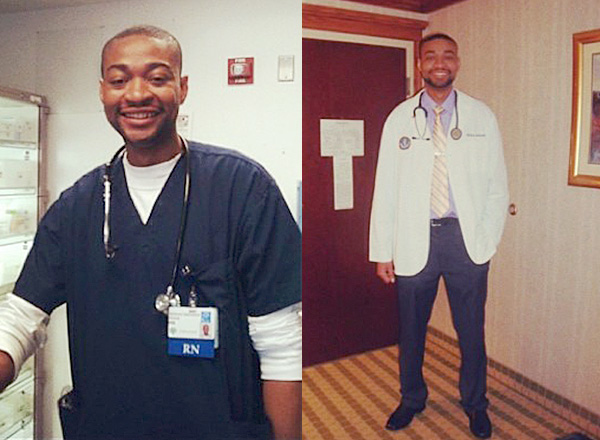 Anthony Iwelunmor, M.D., R.N., a 2007 Honors Program graduate, arrived at Henry Ford College after completing high school in New Jersey. Born in Nigeria, he came to the United States as a child. While at HFC he completed the pre-requisites for medical school, and entered the College’s Registered Nurse program. While working as a nurse at the University of Michigan Hospital, and the Oakwood Hospital systems, he completed his baccalaureate degree at the University of Michigan – Dearborn. Anthony continued nursing for a period, and then entered the Ross University School of Medicine, Dominica, West Indies. He completed his Core Clinical rotations in Michigan, graduating from Ross in 2016. He is now a second year resident in family medicine at Columbus Regional Health in Columbus, Georgia. Like most Honors students, former and current alike, he has broad interests, saying if he were not a physician, he would be … a math professor. 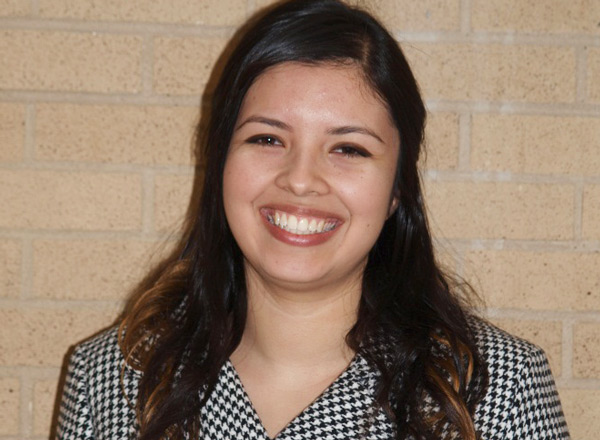 Estefania Jurado, a 2014 graduate of the Honors Program, is studying International Business at Eastern Michigan University. Recently she began working as a research assistant at the Center for Automotive Research (CAR) in Ann Arbor, MI. CAR, a non-profit organization where she investigates a variety of trends and changes related to the automobile industry internationally and nationally at all levels. Ms. Jurado will be focusing on automobile manufacturing in Mexico. In addition, Ms. Jurado received an award for study abroad in South Korea for the fall 2015 semester. 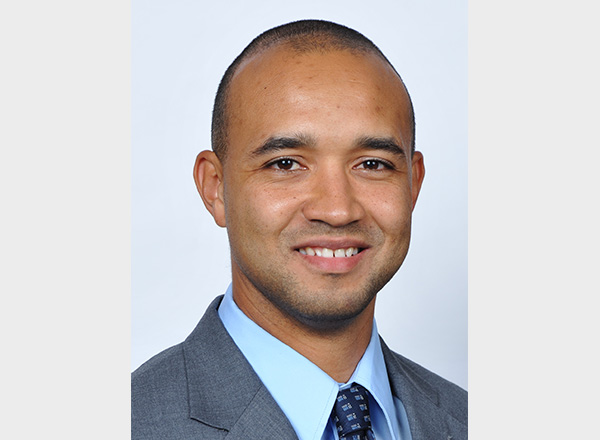 David Kamara, a 2000 Honors Program graduate, was an international student from the Ukraine and Sierra Leone. While here, he was active on campus in Phi Theta Kappa Honor Society as well as contributing to the student newspaper. With the completion of an Associate in Science at HFC, he continued his studies at the University of Michigan–Ann Arbor. After receiving a degree in computer science in 2002, he worked as a software developer in Chicago as he continued his education, eventually receiving two master’s degrees from the University of Chicago. With an MBA in Finance, Entrepreneurship, and Strategy, he worked in mergers and acquisitions for a time, finally moving his family back to Michigan where he currently is employed by a New York-based consulting firm. While this position requires extensive travel, he still finds time to run marathons, and to raise funds supporting a number of charities which work in Africa. 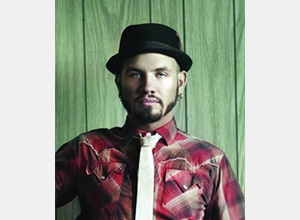 Matt Lambert, 2008 graduate of the Honors Program, continued his education at Wayne State University where he received a Bachelor of Arts with a double major in psychology and University Honors with a minor in American Studies as well as a Bachelor of Fine Arts majoring in metals, ceramics, and printmaking with a dual degree in University honors and a minor in art history. Since completing those degrees he has continued to be an active artist with exhibits in Michigan, California, Florida, Washington state, China, the Netherlands, Germany and Sweden, among others. His primary galleries are in New Jersey, Stockholm, and Copenhagen and his work can be found in private collections internationally. In 2014, Matt completed a Master of Fine Arts degree in metalworking from Cranbrook Academy of Art with notations in Sculpture and Fiber. He is currently a finalist for a Fulbright award to New Zealand. He has an upcoming solo exhibition in Stockholm in the fall. Locally he contributed to the Healing Arts mural project at Children’s Hospital of Detroit and has multiple upcoming community projects that will begin this summer. An Arts Corps video describes the 2.5-year mural project. 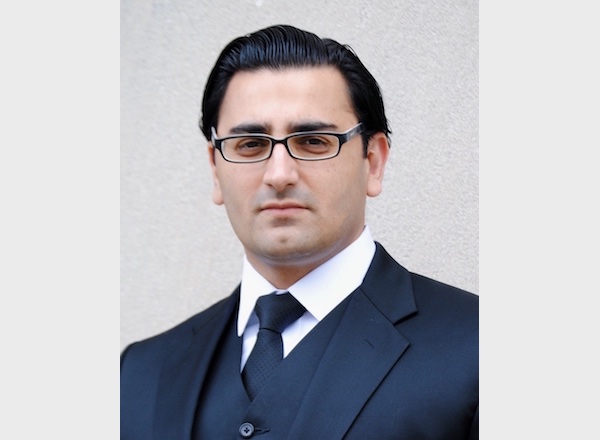 Farhan Latif, a 2003 graduate of the HFC Honors Program, completed his undergraduate work at the University of Michigan, Dearborn. After beginning graduate work at UM-D, he went on to earn a Master of Arts degree in Social Entrepreneurship, Philanthropy and Education from Harvard University. After working with various organizations to promote interfaith understanding, to enable educational access for underrepresented, low income, and first generation college students, and to assist philanthropic organizations to become more effective in their specific brief, Mr. Latif was selected to become the newest president of the El Hibri Foundation, beginning in June, 2015. The El Hibri Foundation is an organization dedicated to improving understanding and relationships between diverse groups. 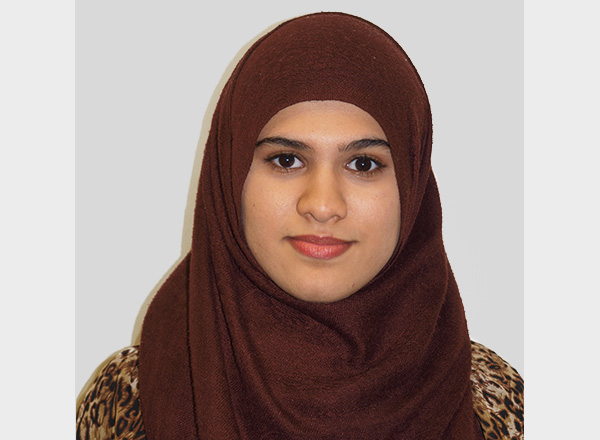 Zyeenb Musleh, a 2015 Honors Program graduate, was accepted at Wayne State University (WSU), receiving the Gold Transfer Scholarship. After her participation in the WSU Transfer Scholars Day competitive interviews and essays, Ms. Musleh was notified that her scholarship was upgraded to the WSU Presidential Scholarship. She also received an invitation to join the Irving D. Reid Honors College. After completion of the pre-requisite courses at WSU, Ms. Musleh plans to enter the WSU Radiologic Technology program.