Henry Ford College is an 80-year member of the highest-proportion Arab American community in the nation: Dearborn, Michigan. The cultural, ethnic, and economic diversity of our community is part of what makes Henry Ford a first-choice, best-choice college for thousands of students each year.

As an expression of the importance of our partnerships, relationships, and activities within the Arab American community, HFC created a new position: Arab American Community Liaison. Learn more about the goals for this role, and about current liaison Sam Bazzi, below. Students are encouraged to consider applying for the following scholarship opportunities. Eligibility and details are provided on the linked websites.

Purpose and Activities of the Liaison

The purpose of the newly-created position is to promote the mission of HFC within the Arab American community, continue to build and nurture personal relationships, and facilitate a productive dialogue regarding educational issues, policies, projects, and events with various Arab American institutes and the Dearborn Public Schools. The liaison is tasked with developing and maintaining positive channels of communication between HFC and major Arab American institutes in the College’s service area.

The position's goals and expectations are described in more detail here.

Additionally, Bazzi taught at the Higher Colleges of Technology (HCT) in the United Arab Emirates (UAE) before coming to HFC in 2001. In late 2014, he took a leave of absence from HFC to work for the Saudi Arabian Oil Company (Aramco), one of the largest oil-producing companies in the world. He returned to HFC in early 2016. 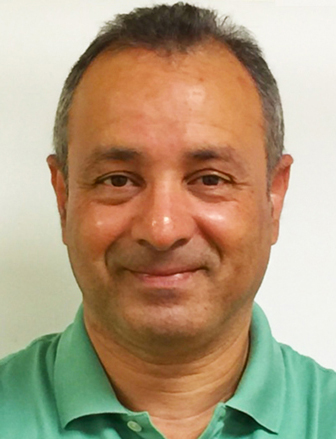