Planetarium presents “The James Webb Telescope and Its First Images” 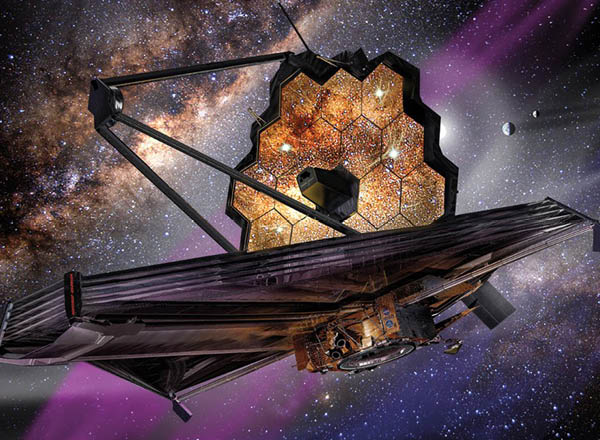 The Hammond Planetarium on the main level of the Science Building (Bldg. J) has added two additional shows for its “Wonderful Webb: Touring the James Webb Telescope and Its First Images" event on Wednesday, Aug. 18, at 7:00 p.m. and at 8:30 p.m. after all the shows on July 27, Aug. 3, and Aug. 11 were sold out.

NASA Solar System Ambassador Tim Campbell, who is also a Planetarium operator and presenter, will give a guided tour of the James Webb Space Telescope and share the wonder of its first images. We’ll learn the why, the where, the how, and the wow! of the JWST at this event.

Launched on Christmas Day 2021, the JWST is the successor of the Hubble Space Telescope as NASA’s flagship telescope in its ongoing mission in astrophysics. As the largest optical telescope in terms of scope, the JWST has greatly improved infrared resolution and sensitivity, which allow it to view objects that are too old, too distant, or too faint for the Hubble to perceive. The JWST is expected to enable a broad range of investigations across the fields of astronomy and cosmology, such as observation of the first stars and the formation of galaxies and detailed atmospheric characterization of potentially habitable exoplanets.

Its four key goals are:

The first images from the JWST were released on July 12.

Register to reserve your seat

“The HFC School of STEM is excited to re-open the planetarium to the college community,” said STEM Dean Janice Gilliland. “This event will showcase current photos from the Webb telescope which we have all been hearing about in the news.”

Seating is limited. Please register as soon as possible.