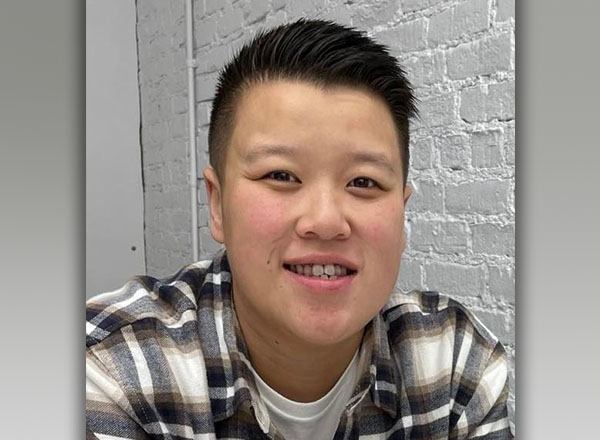 Isis Hang had completely given up on college. She had been working long hours in the family restaurant business, which left no time to study.

A great opportunity, a disappointment, and one last chance

A native of Illinois, Hang, the second of five children, grew up in Charlevoix. After she graduated from Charlevoix High School in 2010, Hang began her education at what is now Calvin University in Grand Rapids. Although she completed one semester, she felt Calvin wasn’t the right fit for her and returned home. At that point, her family expected her to attend North Central Michigan College in Petoskey and work in the family business. Her family owns the restaurants Chee Peng in Charlevoix, Thai Café in Traverse City, and Mama’s Thai Café in Grand Haven.

“I would help at Chee Peng during the week and Thai Café during the weekends,” recalled Hang, of Farmington Hills. “The amount of time that my parents needed my help at the restaurant was not realistic for a college student. Many times, I left class early or skipped class altogether (at NCMC) because I felt I had an obligation to help my parents. Although I had four siblings, I was considered the backbone of the family. My older sister was attending nursing school and the others were too young to work.”

In 2015, Hang’s parents moved to Grand Haven, where they opened their third restaurant. Her parents offered her “an amazing opportunity” to own the Traverse City restaurant, Thai Café.

“They were going to hand the entire business over to me as they expanded,” said Hang. “I was excited and ready to jump on it. Family and friends alike all pushed me to take the ball and run with it. I sat down with my parents one night and told them that I was ready to run the business on my own.”

However, the next morning, her father told Hang he was disappointed in her decision.

“I remember him telling me that he always felt I never gave college a fair chance. He believed that college years are when people truly discover themselves and what they are capable of and grow overall as an individual. He said I am probably an amazing restaurateur, but I haven’t and would never reach my fully potential,” she said. “With that conversation, a week later I decided to give college one more chance. To do that, I would have to be far away from the family business.”

After not being in school for several years, Hang didn’t want to attend a large university. Wanting to ease her way back into academics, Hang enrolled at HFC from 2016-17 because of its size, location, and diversity of its student body.

“I loved the diversity of the classroom at HFC,” said Hang. “There were many kinds of people with different cultural backgrounds, age, occupations, and so on. Everyone was just so different, to the point where I just felt like I fit in.”

A highlight of Hang’s time at HFC was meeting English professor Betsy Cohn, whom she had for Introduction to College Writing. Hang considers Cohn one of her mentors.

“I was trying my best to keep my head down and give college a try. I wasn’t involved with any activities or programs. I was super shy and all business,” recalled Hang. “(Cohn) really opened the doors of opportunity for me. I was just a kid going through the motions who wasn’t sure what I was doing or where I was headed. It wasn’t until she pulled me aside and really made me think about it all. After that, I decided I was going to see the whole college thing through and really do something. She believed in me, and that gave me confidence.”

“Isis was a first-generation college student and is a first-generation Hmong American,” said Cohn. “She entered my course with limited self-confidence, but ultimately earned an A and my recommendation for the Henry Ford II Honors Program. When I told her she was smart, she seemed genuinely surprised. She left such an impact on me that I still think about her often. I told her that a couple months ago when we talked, and her reply was ‘No way!’”

HFC paved the way for her to become an engineer

Before she could consider joining the Honors Program, Hang was entertaining scholarship offers from Wayne State, the University of Detroit Mercy, and Lawrence Technological University. In the end, she transferred to Wayne State.

“I remember taking an intro to engineering course at HFC, which was my first taste of what engineering is all about,” explained Hang. “It was more about how engineers should think and approach problems rather than the material. I learned to be collaborative, resourceful, and think outside the box – everything that makes a good engineer.”

She continued: “I have always had a deep love and appreciation for art history. It was one of my favorite classes I took at HFC. Art history includes monuments, architecture, and brilliant inventions. I have always been impressed how ancient civilizations were able to create sustainable water systems, erect massive works of art, or develop sophisticated technology to improve their quality of life. This made me want to be part of that. Everything that is essential to everyday functionality has been touched or designed by a civil engineer, which I think is awesome.”

Bridging the gap between conflict and solutions

The road to becoming an engineer wasn’t always easy for Hang.

“It was stressful at times. Engineers must be well versed in things like math, physics, and design courses, which doesn’t come easily for a lot of people. My friends and I would stay up all night studying and working, but we all got through it together,” she said. “Civil engineers are some of the most passionate people because the goal is to make our everyday lives and infrastructure safe and sustainable for all while protecting our environment. Engineers are are problem-solvers, and that is the best part. We bridge the gap between conflict and solutions.”

Hang’s desire to learn about civil engineering has yet to be fully realized, which is why she is pursuing graduate work in that field.

“I am very happy with my education from Wayne State, but I want to know more,” she said. “There are so many disciplines within civil engineering, and I want to dive deeper into some of these topics.”

When Hang was applying for grad school, she asked Cohn for a letter of recommendation. Cohn was more than happy to provide one for a student in whom she saw so much potential.

“Isis really is a success story – one of grit, determination, and incredible self-motivation,” said Cohn. “The world should be full of people like her!”

Hang, who interned for the Michigan Department of Transportation in Lansing, would like to earn her professional engineering license through the National Society of Professional Engineers. Her ultimate goal is to work for a company that “makes the world a better place.”

“My family has always been supportive,” she said. “They want what is best for me, but I think it was difficult to fully let me go when I was close to home. It was easy for them to depend on me, and they didn’t realize over time it became a burden. I really had to leave the nest in order to fly. It was hard for them losing me with three restaurants to run, but they got through it because they knew college was something I had to do, and I wasn’t going to put them through that for nothing.”