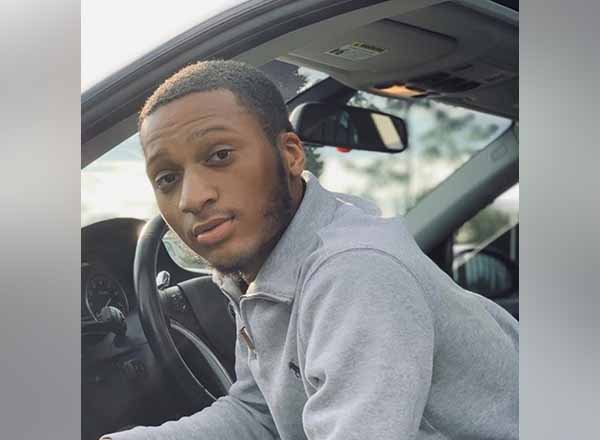 When he was a high school senior, HFC alumnus Donovan Green had a genuine fear that when he completed his undergraduate education, he would have insurmountable student debt.

However, the Detroit Promise assuaged his fears.

“The Detroit Promise scholarship has benefited me in ways I previously never thought possible,” said Green, of Detroit. “In my opinion, the scholarship that I received was pure luck and – at the time – I had not had much luck. The first time I had true joy was when I checked my financial aid account and noticed that I did not have to worry. Not having to worry was, hands down, the greatest benefit for me because in many individuals’ lives, not having to worry is a luxury that is not given to them. I will forever be in debt to the City of Detroit for providing me a free tool to help build my success.”

Founded in 2016, the Detroit Promise ensures that any student graduating from any high school in the city of Detroit will have a tuition-free path to an associate degree or technical certificate. The program is administered by the Detroit Regional Chamber, in partnership with colleges like HFC.

Becoming the best version of himself

For Green, a 2017 alumnus of Cass Technical High School in Detroit, HFC was his college of choice.

“It served as a great stepping stone in terms of getting to the next chapter of my life. I attended HFC to forge my own path, so to speak. The summer leading up to my first semester at HFC, I was frustrated. I realized many of my friends were accepted to the University of Michigan and Michigan State University. I wondered if maybe I could’ve done what they did. Now, I am glad that I chose to play with the cards I was dealt because the person I am today is successful. I am glad that I did now follow in the footsteps of my peers because following is something that would not have allowed me to be who I am today,” he explained.

Green graduated from HFC in 2019, earning his associate degree in business administration.

“HFC appealed to me the most because it helped me understand the importance of a degree. It helped me take earning a degree seriously. The courses I took were demanding and showed me the importance of hard work,” he said. “My favorite professor was Dr. Diane Smith. I had her for two business classes. She’s the most memorable of the professors I had. Her kindness and the way she cared for her students ensured that each of her students was the best version of themselves that they can be.”

Upon graduation from HFC, Green transferred to Walsh College in Troy, where he’s majoring in business management. He is scheduled to graduate this year.

“I chose to transfer to Walsh because it made sense, being a business major,” he said. “Walsh was my preferred school to transfer to because – just like HFC – it’s not very large when compared to other larger colleges and universities. I prefer a college where the teachers have and take the time to learn about their students. Walsh also has accelerated courses, which means the time that it will take for me to graduate is favorable as the semesters at Walsh are 10 weeks.”

Currently, Green works in the mortgage industry at United Wholesale Mortgage, where he’s an operations specialist. His duties include ensuring that all loans have the proper documentation and resolving any issues that arise with any loan. His dream job is to own several car dealerships.

“I have always envisioned myself in the driver’s seat of my own franchised dealership network,” said Green. “My enterprise would consist of all the greats such BMW, Audi, Mercedes, Lamborghini, and many more as my preferred method of transportation is a car that gives me a sense of control and quality that many brands do not provide.”

Without HFC, "it's hard to say where I would be"

Green is one step closer to achieving his dream job, thanks to HFC, Walsh, and the Detroit Promise.

“I would have been able to get my education without the help of the Detroit Promise. If I had not received this generous gift, I would not be where I am now. Without question, I would’ve had to work harder to be able to get an education, which is a vital part of my success,” said Green. “If I had not attended HFC, it is hard to say where I would be right now. I originally planned to go to the U-M, but life happened and things changed. I am extremely happy I attended HFC. Looking back on my life, I would not have had it any other way. Attending a community college first should be on the itinerary of many future college students.”