Singer Danika Portz will perform at Welcome Back Days 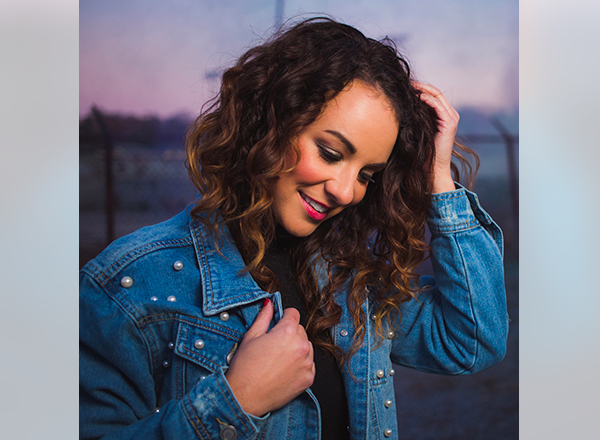 Singer Danika Portz, who's opened shows for Martina McBride, will perform at HFC.

Singer Danika Portz – who’s been the special guest for 14-time Grammy Award nominee Martina McBride – is looking forward to performing at HFC on Thursday, Sept. 19, from 11:00 a.m. to 12:45 p.m. as part of the Welcome Back Days festivities. This marks her first time Portz has performed in Michigan.

“I’m really looking forward to it! I’m excited about coming! It’s crazy that I’m from the Midwest and have never been here before,” said Portz, an Iowa native who lives in Nashville, TN.

Growing up in a musical household

Portz, who’s released her first album called Set This World on Fire and is currently working on her second project, has been singing as long as she can remember. She grew up around music.

“No one in my family is a professional musician, but it was just a very musical home. My mom would sing around the house all the time. My parents encouraged me from a very young age. One thing led to another, and I really enjoyed it. What second-grader doesn’t want to grow up and be a singer? It was definitely a dream,” recalled Portz, the oldest of four siblings.

A practical mind and a young business owner

Portz was practical about pursuing her dream. She earned her bachelor’s degree in accounting and marketing at Drake University in Des Moines, IA.

“It’s hard sometimes to be from the Midwest. There are a lot of hard-working people, but not many who want to go off and be singers and songwriters,” she said. “There was a time in junior high when singing was not the popular thing to do and I thought, ‘Okay, that’s silly.’ Then in college, I was thinking, ‘I’m going to need a real job.’ So I finished my degree. Before I graduated, I knew I wanted to give music a shot, and now I'm doing it.”

So far, she has been working professionally as a singer/songwriter for eight years in Nashville. And, yes, she has used her bachelor’s degree.

Performing for the troops

BILLBOARD Magazine said Portz “simply sounds like nobody else in Nashville these days, especially on a vocal level.” The first single she released, which is also her first music video, is “Greatest Show on Earth”. Her most well-known song is “My Superhero”.

It’s also her most personal song. Her two brothers serve in the United States Air Force. Portz wrote this song for the military and has completed eight overseas Armed Forces Entertainment tours, performing for U.S. troops, which she called a life-changing experience.

“I wrote that song based on one of those experiences. We shot this video on location overseas in the Middle East,” she explained. “I don’t think people understand what it’s like to be in the military unless they know someone who is serving. All the sacrifices they make, all the sacrifices their families make. These are real superheroes.”

Her first opportunity to perform for the military really changed her life.

“After that first overseas tour, I realized the impact of performing for our deployed service members. Getting the chance to meet these selfless men and women and hear about their families and lives back home – it’s moving and it’s really powerful,” she said. “It has evolved into a personal mission that’s definitely influenced by my brothers.”

Opening up for Martina McBride

Portz has fond memories about opening for McBride, who’s been called the “Celine Dion of Country Music.” Her associated acts include popular country artists Reba McEntire and Faith Hill.

“She’s super sweet. After I finished my set and she started hers, I was watching her backstage. In between songs, she said, ‘Hey, y’all! How about Danika Portz? Give it up for her!’ And I was like, ‘Oh my gosh! She knows my name!’ It was such a surreal moment,” recalled Portz.

She’s also written and recorded a track that was featured on NBC’s American Ninja Warrior, as well provided vocals for NBC’s Spartan and CBS’ Big Brother. She performed the theme song for MTV’s Virgin Territory.

“I have a friend who’s plugged into that industry. He’s been really gracious and invited me to work on a few projects with him. It’s pretty cool to watch the shows after the fact and hear your voice,” Portz said with a laugh.

Portz is looking forward to coming to HFC. She enjoys doing college concerts.

“What I love most is being able to meet students and connect with them. You never know what motivates, moves, or really interests people,” she said. “Maybe it’s a song they really connected with or a story I told or sometimes they’re also a musician or songwriter. I love performing, but being able to hop off the stage and connect with people after a show is probably one of my favorite parts of the job.”

Portz continued: “It goes back to making a connection. Seeing people’s faces when I’m performing and drawing energy from their reactions. Sometimes when you’re in the bigger venues, you can’t see anything. It’s hard to tell if a song landed or not. We’re in the people business, right? We’re not going to get hired to do what we do if we can’t make people feel something. So, at end of the day, all we’re trying to do is connect with people and make them feel something.”

Her first time in the Mitten will be memorable.

“I’m from the Midwest. Any chance to get back to my people is a good thing. I’ve never actually been to Michigan and I can’t believe that. Isn’t that insane? I’m from Iowa, which isn’t that far away, so I’m excited to finally come here. It’ll be a good time of year to be in Michigan and come to HFC.”