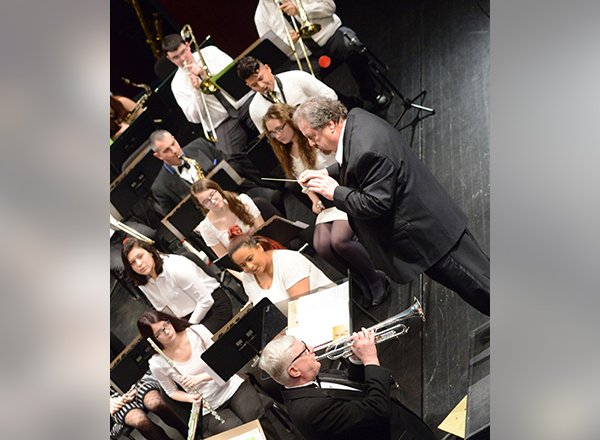 The HFC Big Band, Bop & Pop concert is scheduled for Saturday, Jan. 25, 2020 at 8:00 p.m. at the Michael A. Guido Theater in the Ford Community & Performing Arts Center, 15801 Michigan Ave. in Dearborn. HFC will present the concert with special patron sponsorship by the Rotary Club of Dearborn.

College scholarships awarded each year to deserving students are an important commitment of our Rotary Club of Dearborn. Scholarship money and other learning activities will be funded through this annual event.

“This is one of our biggest fundraisers of the year. Over the past few years, we’ve given away more than $60,000 in scholarship money for students in Dearborn, many of whom are attending HFC,” said Rotary Club president Dr. Eric Rader, a political science professor at HFC.

The HFC Big Band and Midnight Blue music ensembles will perform many audience favorites, including music from:
• West Side Story
• Ocean’s Eleven
• Chicago
• The Beatles

Award-winning members performing in this concert include young professional musicians, music educators, and traditional-aged music students who enroll at HFC to continue their performance opportunities.

Showcasing some of the best musical talent in Dearborn