Notice: This article is more than one year old and is part of the Henry Ford College news archive. Information in the article may be outdated. For the most current news and information about Henry Ford College, please visit hfcc.edu/news, or contact communications@hfcc.edu.
Release Date:
Monday, July 29, 2013 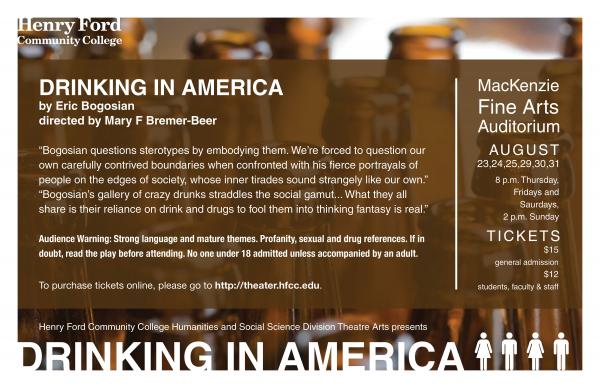 Bogosian – best known for portraying Capt. Ross on “Law & Order: Criminal Intent” – questions stereotypes by embodying them, forcing people to question their own carefully contrived boundaries when confronted with the fierce portrayals of people on the edges of society whose inner tirades strangely match our own.

WARNING: “Drinking in America” contains mature themes, such as drug references and sexual references, as well as profanity. Nobody under 18 will be admitted to any performance unless accompanied by an adult. If in doubt, read the play before attending a performance.