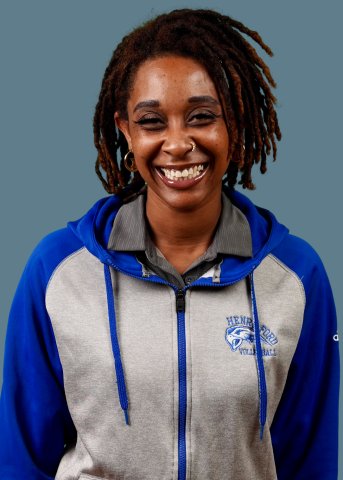 Kija Chambers begins her first season as Head Women’s Volleyball Coach at Henry Ford College. No stranger to Hawks Athletics, Coach Chambers was a two-sport athlete (volleyball and basketball) and earned an Associate in Applied Science from HFC in 2019.

Prior to joining the HFC coaching staff, Coach Chambers served as Head Volleyball Coach at Detroit Edison High School, where she built a program that won the conference, tournament, and district championships in just two years.

In 2021, Coach Chambers was selected as an American Volleyball Coaches Association (AVCA) Diversity Award recipient, and continues to work with the AVCA to promote diversity and learning within the sport.